A room of their own: the Virtual Library 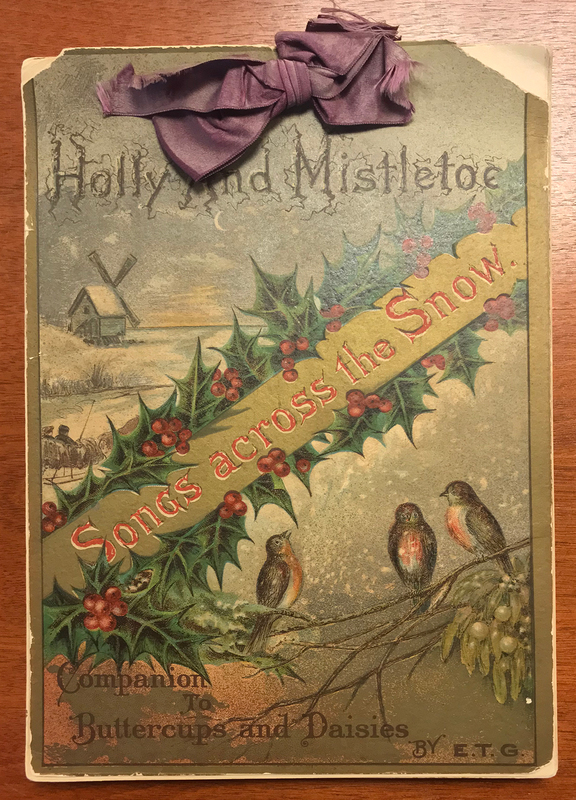 The Library of the Woman’s Literary Club of Baltimore played an important role from the Club’s earliest days. It may owe its beginning to Elizabeth Turner Graham’s hopeful suggestion recorded in the December 15, 1890 meeting minutes that “one day we may have a magazine and a room of our own,” a harbinger of Virginia Wolfe’s more famous manifesto A Room of One’s Own, which would not be published until almost four decades later. A room of one’s own implies not only ownership, but also the freedom of creativity and expression that comes with it. Inspired by Graham’s longing, perhaps, the Club library was established sometime before 1892, and quickly became a valued extension of the Club.

In just a few short months between November 1892 and May 1893, the Club library grew from a collection of 63 to 200 volumes. The Club librarian, Virginia Woodward Cloud, reported this exciting news at the 25th Salon on May 20, 1893, when she read the entire list of volumes that had been acquired and expressed sincere “gratitude to our members, and to our other friends” who had donated books. From the very beginning of the Club’s existence, having a library was a victory. They had acquired a room of their own.

Meeting after meeting, news of their swelling library thrilled members of the Club. Members donated copies of their own publications, as would honorary members. At their Feb. 12, 1901 meeting, the Club decided to expand its library further by including “all the books (as far as we can obtain them) that have been written by the best authors of our own state of Maryland.”  Ultimately, it seems that their library combined their own works with those of their local favorites, putting them on par with writers including Sidney Lanier and Edgar Allan Poe.

Maintaining the library was truly a labor of love. At one point the work became so demanding that it was suggested that Cloud enlist the aid of an assistant. Each woman in the Club appeared to play a role in the library, whether she donated books of her own to it or encouraged friends to add to it. The library required diligence and persistence, and like everything in the Club, it was taken very, very seriously. At one point, the Club considered commissioning a “regularly designed” bookplate or engraving “for the identification and preservation of our literary property” (May 21, 1901 minutes). Though we do not know if the women carried out this effort, this concern over their “literary property” suggests that what may seem like just a collection of books stood for way more than that for the Club: their library demonstrated a sense of pride and ownership in an age where even the wealthiest women (like the ones in this Club) did not have much they could really, truly call their own.

Lizette Woodworth Reese, The Old House in the Country (1936)

Florence Trail, Under the Second Renaissance (1894)

The virtual library we have included here is a tribute to the Club’s actual, physical library, which appears to have been lost in the decades since the Club ceased to exist. The fact that the library, which played such an outsized role in the Club, has simply disappeared is one of the real tragedies of the Club’s history. We continue to search for traces. In the meantime, we hope you enjoy exploring our collection, which is made up entirely of works of the women from the Club.

Some authors have amassed impressive lists of publications. Lizette Woodworth Reese is an obvious example, the star of the Club and a notable poet of her day. Our large collections of works from Margaret Sutton Briscoe, Florence Trail, and Grace Denio Litchfield reflect the significant role played by honorary members of the Club in expanding the Club’s library with their contributions. Club librarian Virginia Woodward Cloud also unsurprisingly contributed numerous works to the physical Club library, in the same way that she is featured extensively in our collection today.

But we should not forget those who only have a few works to show. History has forgotten many of even the most popular women in the Club, and lesser-known women fared worse. Laura De Valin, for example, read many of her own articles to the Club, and yet we could only find a copy of one song, Parting Ode of 1859, which she wrote when she was likely still in high school. Although she wrote other songs and was also a playwright, even librarians at the Library of Congress were unable to find copies of her plays. A high school English teacher by profession, De Valin’s students were so inspired by her that they created the De Valin Literature Club in her honor. When you come across a smaller collection in our virtual library, keep women like DeValin in mind. Her small list of published works does not necessarily suggest a less literary life than her counterparts.

Some highlights in our collection include  Elizabeth Turner Graham’s illustrated collections of poetry, Buttercups and Daisies: Songs of a Summer and Holly and Mistletoe: Songs Across the Snow as well as fiction such as Mary Spear Tiernan’s “Two Negatives” (1889), Louisa C. Osburne Haughton’s “The Ever-Ready Edgar” (1906), and novels including Lucy Meacham Thruston’s Mistress Brent and Francese Litchfield Turnbull’s The Royal Pawn of Venice (both, incidentally, published in 1901). Louise Malloy, journalist, critic, poet, and playwright, wields a rapier wit in her jokes, humorous verse, and her comic dramas, including The Player Maid (1905), which was produced in New York City. All of these writers show women shaping the world through womanly means and womanly words.