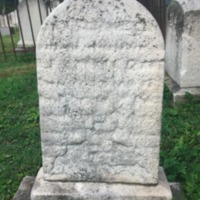 Lydia Crane was born in Richmond, Virginia, to William and Jean Daniel Crane. Jean, William’s second wife, was a descendant of Maryland signer of the Declaration of Independence Thomas Stone, and her Maryland connections may have prompted the family’s move to Baltimore soon after Lydia’s birth. Once in Baltimore, William established himself as a hide and leather dealer.

Lydia and her younger sister Anne Moncure Crane attended a young “ladies’ academy” run by Nathaniel Morrison, later the first provost of the Peabody Institute. It was a rigorous and successful school that provided students with a sound education. Soon after graduating, Anne published her first novel, Emily Chester (1864) to widespread acclaim, and she published two more novels, also well received, before her death in 1872. It is possible that Lydia’s support of women writers was inspired by her sister's example.

After the death of William Crane in 1866, the family moved to Dolphin Street, where Lydia operated a school for “Young Ladies and Little Girls” from 1886 to 1902. Her younger brother, W. Ward Crane, ran a counterpart school for boys at the same address.

Lydia Crane was a mainstay in the Club from its inception to her death in 1916. For much of that time, she served as the Recording Secretary, taking the detailed minutes of each meeting. She was first elected to the position in 1892 and served until 1902, when she asked to be relieved of her duties. But she was pressed back into service in 1906, recording the Club’s activities until 1913, when failing eyesight and worsening health made continuing in this role impossible. In 1915 she was elected Honorary Secretary in recognition of her long service to the Club.

As Recording Secretary, Lydia Crane left an indelible mark on how we view the Club today, giving voice to its members, shaping the representation of its activities, goals, and achievements, and deciding what would and would not be included in the Club record. While she published no literature of her own, the hundreds of pages of minutes that have been preserved, transcribed, and shared on this website, show her to be a loving--if somewhat prudish--supporter of women, with a talent for characterizing individual members and conveying the lively atmosphere of the Club throughout much of its history.

Unfortunately, Crane’s minutes provide little evidence of her own views about woman suffrage, race relations, or the role of women in public life. While she was the headmistress of a school and never married, we have no evidence of what subjects were included in the curriculum or how they were taught. The minutes reflect a passive acceptance of the Anglophilic views espoused by Club leaders such as longtime president Letitia Wrenshall, and make little note of Club members’ activities or writings promoting suffrage. Her own family background reflects a similar ambivalence. While in Richmond, her father William Crane was a founder of the Richmond African Baptist Missionary Society, which established a ministry among Blacks in Richmond and sent missionaries to Liberia. While he actively evangelized Blacks as a form of uplift, he also served as a vice president of the Maryland Colonization Society, which which sought to remove Blacks from North America to the African continent. Lydia’s uncle John M. Daniel, the much younger brother of her mother Jean, also was an enthusiastic supporter of slavery and the Confederacy. The Crane family eventually became stalwart members of the Seventh Baptist Church in Baltimore, whose pastor Richard Fuller was an early leader of the Southern Baptist movement and supporter of slavery.

At her death, the Woman’s Literary Club remembered Lydia Crane as “one of its most helpful members. Her wise counsel did a great deal towards keeping the aims of the Club intact and encouraging exact and noble thinking among our women.” Crane was also active in one of the Club’s offshoots, the Edgar Allan Poe Memorial Association, for which she served as the Recording Secretary for several years.